Sponsored Post – Today we welcome author Rosa Temple with her Promotional Post for her new romantic comedy book ‘Dear…Anybody?‘, which is released on 16th April 2020. 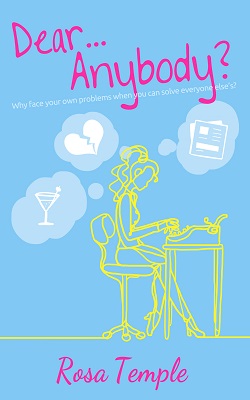 Local newspaper journalist, Sydney, is like many women. Bored at work, bad hair days, karaoke nights, loving boyfriend and a fabulous best friend. But a huge discovery sends her whole world spiralling downwards and things will never be the same again. She’s lost her job, her boyfriend and, well, everything.

Unlike most women, Sydney’s answer is to resort to binge eating, binge drinking and never leaving her bedroom.

An unexpected job offer comes her way and Sydney leaves London for the tiny village of Bridley to become editor of a countryside magazine, not realising that part of the job means becoming the magazine’s Agony Aunt.

Resolving to make her mark as an editor and to set the problematic lives of Bridley villagers to rights, Sydney uncovers hidden truths, secret loves and the possibility of romance lies in wait behind the counter of her favourite coffee shop.

Is it that easy to turn your life around? Well, maybe not for Sydney …

What reviewers’ are saying:

“Rosa Temple always creates entertaining heroines that will show you their personal growth throughout the book and Sydney was no exception.” – 5 Stars

“I really enjoyed this book with its ups and downs, excellent settings, warmth and humour. Definitely recommended!” – B R Maycock, Author

“I enjoyed this book about secret love, uncovering hidden truths and turning around your life for the best. A light read that warms the heart to the end.” – Isabell, Dreaming With Eyes Open Reviews 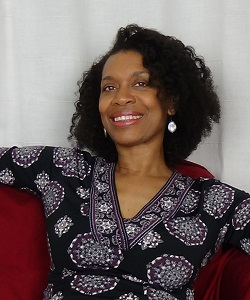 Rosa Temple is the pseudonym of published author, Fran Clark.

HQ Digital (Harper Collins) has published three books in Fran’s pseudonym, Rosa Temple. The first was Playing by the Rules in February 2017 followed by Playing Her Cards Right on 28th August 2017 and Playing for Keeps on 12th February 2018.

A mother of two, Fran is married to a musician and recently moved from London to Herefordshire. She spends her days creating characters and story lines while drinking herbal tea and eating chocolate biscuits.

My Almost Endless Quest for an Accessible-ish and (Somewhat) Charming Home
February 01, 2023